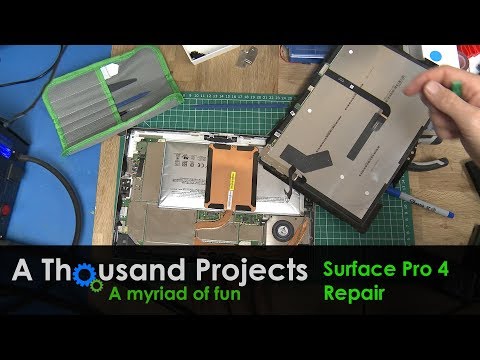 I was given a Surface Pro 4 to repair and was told that the user stood on it and hence the screen cracked. However…. once I managed to open it (something that was far more difficult than I would have hoped for) I realised that actually, cause of the cracked screen was the battery!! It was failing and that meant that it was expanding which pushed and cracked the screen. So this ended up being a process of replacing the screen and the battery.

I bought the spare parts from here: